SIMFEROPOL, November 29. Concrete developments from the Krasnodar region in the Crimea can be taken before 20 December. This was reported to journalists by the Minister of energy Alexander Novak after the meeting of the Crimean government.

“We have a deadline of 20 December. We are repelled and do everything in order before launch. But the date I’m not going to call. If this happens, we will do before and then you know,” he said.

The Minister also added that Russia hoped to restore energy supplies from the territory of Ukraine in Crimea and relies only on their strength. “We proceed from the existing situation and of the opportunities that are there today. In order to ensure the supply of Crimea alone and without hope that we get electricity from Ukraine. The problem is solved with this approach”, he said.

Novak stressed that the Crimea is enough energy to power critical facilities and population on the schedule. 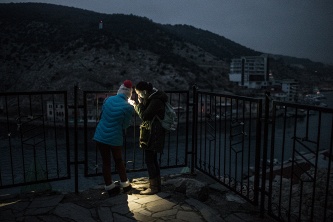 “Of course, a lot of work done today by the local authorities on the situation that is associated with energy, help Federal energy, help the company, which in Russia are. In the end, today we have enough energy in order to ensure that vital facilities and to provide graphics power of cities and districts of Crimea”, – he said.

Crimean energy has completed the preparation of infrastructure on the Peninsula for the launch of the energy bridge from the Krasnodar region on November 28.

After the launch of the so-called energy bridge, which will run along the bottom of the Kerch Strait, the power system of the Crimea becomes independent from Ukraine.

Crimea will receive an additional diesel generators to provide electricity for another 30 socially important facilities. “It is necessary to additionally bring in a number of diesel generator sets on some objects. 30 objects 120 kilowatts,” said he.
According to the Minister, the vital facilities of the first category on the Peninsula at present fully supplied with electricity. 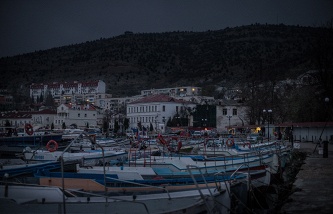 Skvortsova: in a week of a blackout in Crimea problems with the treatment of seriously ill patients was not

“The objects of the first category – district hospitals, maternity homes, hospitals, requiring round-the-clock power supply, where operations, provided in full as energy supply systems and diesel-generator sets”, – he said.
Social objects of the second category, not working 24 hours a day, have electricity in the daytime depending on the schedule of rolling blackouts.

The Inaction Of The Kiev

According to Novak, Kiev has not taken measures to resume energy supplies to Crimea, which is contrary to the contract. “A week has passed and we see that our neighbours have not taken any action to restore the power lines. For us it is very surprising. Because it’s against the terms of the contracts. And even from a purely humane point of view it is not quite right,” said the Minister.

The contract between “inter RAO” and “Ukrinterenergo” was signed on 30 December 2014. The agreement establishes the terms of the export of electricity from Russia to Ukraine. According to the document, Ukraine must ensure reliable and uninterrupted supply of Crimea.