VLADIVOSTOK, November 30. /Corr. Natalia Nikulina/. “Zero reading” of the bill “On the free port in the Far East” will be held on Monday at the Public chamber of the Russian Federation. In the case of adopting such a bill introduced in Vladivostok the port can spread to Kamchatka, Khabarovsk Krai, Sakhalin and Chukotka, according to Minvostokrazvitiya Russia. 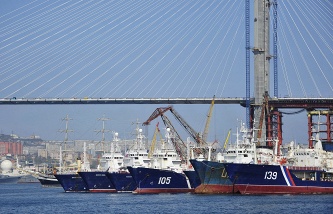 “The draft law regulates the relations connected with creation and functioning of the free port in the Far East. In this territory it is proposed to include a number of municipal entities of Kamchatskiy Krai, Khabarovsk Krai, Sakhalin oblast and Chukotka Autonomous Okrug. The basis of the draft law on the mechanism of legal regulation of the free port of Vladivostok (also held numerous discussions in the walls of the Public chamber of the Russian Federation)”, – stated in the message.

Currently there is only one registered resident of the Pacific investment company with the project of 182 rooms at the Slavyanka at a cost of 5 billion rubles.