KRASNODAR, November 30. The import of vegetables from Turkey can be replaced by supplies from China, Egypt, Argentina, Morocco, Israel and other countries, told TASS in the Department of consumer sphere of Krasnodar region.

“In the first half of 2015 from Turkey was delivered about 150 tons of tomatoes, 90 thousand tons of citrus fruits, 30 tons of onions and garlic and 10 tons of cucumbers. In the event of termination of deliveries from this country of Turkish products can be replaced by goods from China, Egypt, Argentina, Morocco, Iran and other countries”, – told in Department. 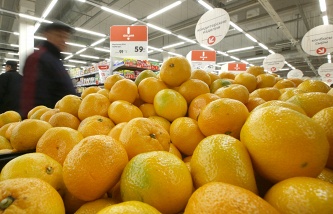 According to officials, the replacement of imported goods with domestic products, in particular, grown in greenhouses of the Kuban, it is not. Although, according to the regional Ministry, to the end of 2015, Kuban needs to raise about 800 thousand tons of vegetables by 33 thousand tons more than the previous year and 83 thousand tons more than in 2013. This exceeds the volume of foreign fruit and vegetables imported into the territory through the black sea ports (about 700 tons) during the year.

Half of fruits and nuts

According to employees of the Rosselkhoznadzor administration for Krasnodar Krai and Republic of Adygeya, the requirements to the quality of imported products from Turkey, which enters the ports of the Krasnodar territory, were recently tightened. At the same time, official information about the detainees at the border of the Turkish products not received. 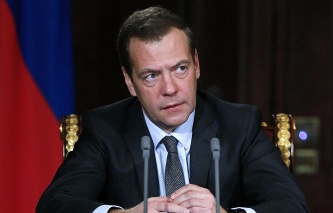 According to statistics of the southern customs Directorate of the sea from this country comes about half (41.6 percent) of all imported into the country of fruits and nuts in the amount of $279 million For falls to Turkey as a quarter (25,49%) imported to the land of vegetables for $171 million On the second place on volumes of import of vegetables – Israel ($155 million).

The President of Russia Vladimir Putin has signed a decree providing for the imposition of prohibition or restrictions on the import into Russia of certain goods from Turkey according to the list determined by the government of the Russian Federation. It will be determined before 1 December this year. Under a temporary ban of supplies can get vegetables, fruits, beef, poultry, dairy and seafood.

Russia imposes restrictions against Turkey and will freeze a number of joint projects in response to the attack on the Russian plane su-24M in Syria.