KIEV, November 30. The head of Ministry of Ukraine Volodymyr demchyshyn said about the need to resume the supply of electricity to Crimea that were interrupted by undermining of the radicals of transmission towers in the Kherson region. 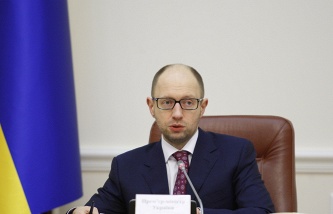 “With the onset of cold weather has complicated the situation with energy supply in Ukraine. The day before was disabled half of the Kherson area. Today too there are interruptions. There is a threat of emergency situations. I think it’s right to include energy supplies to Crimea”, – he said at a briefing in Kiev.

“For Crimea this will not play a special role”

According to the Minister, in the case of restoration of supplies, “the amount of energy will be about 20% of consumption of the Peninsula”. “For Crimea this will not play a special role,” he said.