MOSCOW, November 30. Deputies from the faction “Fair Russia” Sergey Mironov and Mikhail Emelyanov sent for review to the Supreme court and the government of the Russian Federation the project of amendments to the criminal code of the Russian Federation, providing as an exceptional measure of punishment the death penalty for the Commission, organizing and aiding in the organization of terrorist acts. 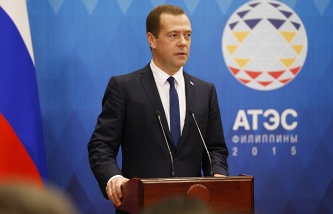 Medvedev: fight against terrorism is possible through coordination of all forces based on the UN

“Today I in the exercise of his right of legislative initiative was sent for review to the Supreme court of the Russian Federation and the government of Russia a draft law aimed at toughening penalties for terrorism,” – said Mironov TASS. The bill, said the politician, proposes to toughen criminal punishment for terrorist acts that caused intentional infliction of death to two or more persons, and for the organization of such crimes and complicity in their Commission, with an exceptional measure of punishment the death penalty.

According to Mironov, “in the modern world a particularly acute problem of terrorism”. “Terrorist ideology does not recognize the basic human values, cultural and spiritual foundations, the exceptional importance of inalienable human rights such as the right to life. Terrorism has actually opposed themselves to the civilized world. It is proved by the recent unprecedented terrorist acts with numerous victims, such as the collapse of the Russian aircraft And 321, terrorist attack in Paris,” said the leader of just Russia.

In his words, “organizing and committing these crimes, aiding and abetting of these crimes deserve the most severe punishment, up to physical destruction of the perpetrators”. “The purpose of correction, such criminals, probably, there cannot be, and the punishment should be adequate to the degree of public danger of the acts committed and serve to prevent the Commission of this crime category in the future” – concluded Mironov.