In particular, Sergei Naryshkin believes that the President will reveal the theme of combating international terrorism with the participation of Russia. 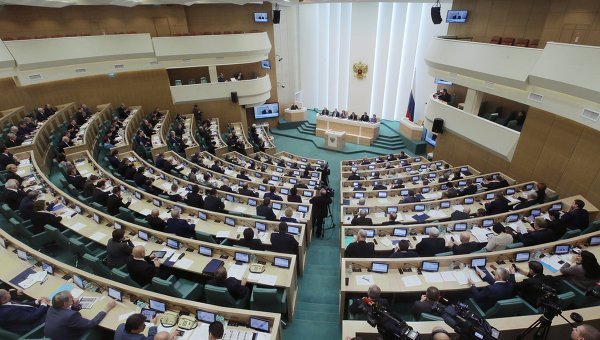 MOSCOW, 30 Nov. International issues will take precedence in the President of the Russian Federation Vladimir Putin to the Federal Assembly, according to deputies of the state Duma and the Federation Council members.

Parliamentarians believe that the message which the President will speak on December 3, following the inevitable international component will be affected and the issues of security and defence in the fight against international terrorism.

State Duma speaker Sergei Naryshkin believes that the President will touch on the theme of combating international terrorism with the participation of Russia.

“I think that mandatory, of course, be disclosed to such a topic as the fight against international terrorism with the participation of the Russian Federation”, — he said.

The Chairman of Committee of Federation Council on defense and security Viktor Ozerov believes that the President will relate the message of the state of the Armed forces of the Russian Federation and the country’s defence capability in the context of dealing with terrorists.

“Here the role played not only diplomatic methods. So the President can affect the defense capability of our state and the state of the Russian Armed forces,” he said.

Ozerov also convinced that the head of state will outline the Russian position on the need for the establishment of the international anti-terrorist coalition. “The message I think will be denoted by the prospects of a coalition. It is necessary for a successful fight against terrorists in Syria,” he said.

Vice-speaker of the state Duma Andrey Isaev expects that the message will be paid attention to security issues.

“Of course, we are waiting for his answers on a question exciting all the “war and peace”, security issues. How safety will be ensured in war with the terrorist threat,” he said.

First Deputy Chairman of the international Committee of the Federation Council Vladimir djabarov also believes that the topic of security dictates the agenda.

“I think the President will definitely address this topic in the context of combating international terrorism, this topic has touched each citizen”, — he noted.

The same opinion is shared by first Deputy Chairman of the defense Committee of the Federation Council Frants Klintsevich.

“The main theme of the day — security. In my opinion, the spirit and the message of the President… will be largely determined by the results of the investigation of the tragedy of the Russian aircraft in Egypt,” he said.

After the incident with the Russian su-24 bomber and the subsequent measures against Turkey by the Russian parliamentarians expect that this topic will somehow be reflected in the message of the President.

“I think that in this situation the message will be affected by Russia’s relations not only with Turkey but also with other member States of NATO”, — said Viktor Ozerov.

Isayev also believes that the President will answer questions about how will develop the relations with Turkey, with Western partners.

According to Vladimir dzhabarov, the theme of Russia’s foreign relations will prevail in the message.

“The President will necessarily represent the position of Russia in relations with Western Europe, with the Arab world. I think that the message will be indicated by the fact that Russia is absolutely the right attitude in dealing with international terrorism,” he said.

The head of the international Committee of the Federation Council Konstantin Kosachev believes that the message of the President we can hear the answers to the questions, “which concern the majority of the Russian citizens in it, without exaggeration, a fateful time: the national interests of Russia in the 21st century, the sustainability of the country’s sovereignty to external pressure, new ideas for the world to overcome joint challenges and threats”.

Representatives of the CPRF noted that given the current realities in the message it is important to pay attention not only foreign, but also internal, relating to the forthcoming elections to the state Duma.

“Today we are concerned mainly topics such as the creation of truly equal conditions for all and especially for independent candidates, the introduction of mandatory debates, including the first persons of party lists, minimising the damage from spoilers, which are parasitic on existing party brands and mislead the voters,” — said the first Vice speaker of the state Duma (CPRF) Ivan Melnikov.

According to him, the message should be “placed emphasis on the issue of political competition”.

“Today a full, undistorted reflection of the mood of citizens in the state Duma of the seventh convocation is an important strategic task, which will determine the future of the country, its stable development in a difficult political situation”, — said the Deputy.

The Deputy head of the Federation Council Committee on economic policy Valery Vasiliev, in turn, believes that one of the Central themes of the President’s message will be the economic situation and measures to support business.

“Economic theme can take a Central place in the President’s address,” believes Vasilyev.

In his opinion, can be discussed measures to support small and medium businesses, the development of transport infrastructure.