MOSCOW, November 30. The President of Russia Vladimir Putin instructed the government to consider the possibility of inclusion in the legislation of the Russian Federation changes providing for the granting of the status of combat veterans citizens of the Russian Federation aimed at the territory of the Syrian Arab Republic in connection with the conduct of hostilities. This was reported on the official Kremlin website.

Responsible for the execution of the instructions of the President named the Chairman of the government of the Russian Federation Dmitry Medvedev.

The Russian military launched operation against the militants “Islamic state” and “dzhebhat EN-Nusra” (organization banned in Russia) in Syria on 30 September, at the request of Syrian President Bashar al-Assad. In the air group originally was comprised of more than 50 aircraft, including the su-34 and su-24M, su-25, su-30CM, Mi-8 and Mi-24. Also in operation in early October, were engaged by ships of the Navy of the Russian Federation, which struck at targets of terrorists cruise missiles of sea basing “the Caliber of NC” from the Caspian sea. On November 17, defense Minister Sergei Shoigu said that the Long range aircraft VKS RF Tu-160, Tu-22M3 and Tu-95MS bombers bombed positions of the IG in Syria, made 34 launches of cruise missiles at militant targets in the provinces of Aleppo and Idlib. To participate in a ground operation, Russia does not intend.

Earlier the President of Russia called the heroes of the Russian Marines that rescued downed in Syria, pilot su-24.

“They are true heroes,” the President said at a meeting with activists of the Russian popular front (onf). In response to the meeting the gratitude in his address for the operation in Syria, Putin said: “Thank you, first of all, the people who conducted this operation”. 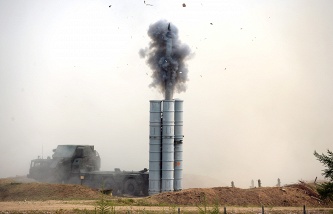 Speaking about the incident with the attack on su-24M and the operation to rescue its crew, the President recalled that conducted this operation the Marines risked their lives and one of them died saving his comrade in arms.

“For heroism, courage and bravery shown during the performance of military duty Lieutenant Colonel Peshkov Oleg Medvedev awarded the title hero of the Russian Federation (posthumously)”, – stated in the decree.

“The courage, bravery and dedication shown during the performance of military duty captain Murakhtin Konstantin V. and sailor Pozynich Alexander (posthumously) awarded the order of Courage,” also mentioned in it.

November 24 Russian bomber su-24M was shot down by a missile “air-air”, released fighter F-16 from the Turkish air force. 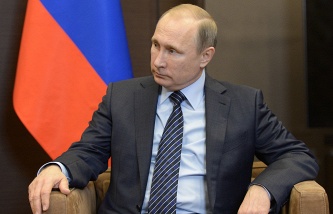