PARIS, November 30. Terrorists use the visa-free regime of Russia with Turkey for their movements, but Ankara did not respond to the relevant concerns of Moscow. This was stated by the President of Russia Vladimir Putin, answering journalists ‘ questions in Paris. 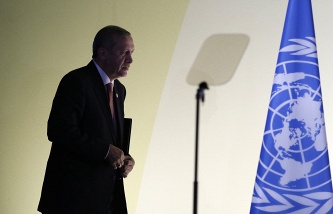 He reported a number of problems in relations between the two countries. “We have been asked to pay attention to the fact that members of the terrorist organizations that have been fighting and trying to fight us with arms in some regions of Russia, including in the North Caucasus, “float” on the territory of Turkey”, – gave the example of the Russian leader, stressing that Moscow asked Ankara “to halt such practices”.

“However, we are stating that they are on the territory of the Turkish Republic who live on protected by security services and police regions, and then, using a visa-free regime, “pop up” again in our territory and we continue to deal with them”, – Putin said. 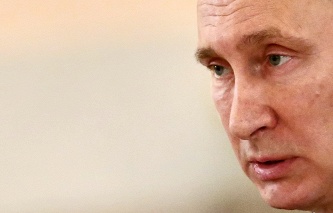 Putin admitted that he was very sorry to lose the high level of Russian-Turkish relations. “I think we all feel sorry, and I am personally very sorry, because I personally have done a lot to build those relationships over a long period of time,” said the Russian leader. “But there are problems that arose long ago, and we tried to solve it in dialogue with our Turkish partners,” Putin said. “It is a pity that they have to solve in such a situation, but it’s not our fault, it’s not our choice”, – concluded the President of the Russian Federation.

Earlier, the head of state signed the decree concerning restrictive measures against Turkey, one of which was the suspension of visa-free regime of Russia with Turkey (from 1 January 2016).

The defense Ministry claims that the su-24M was extremely over Syrian territory and that “violations of the airspace of Turkey.” According to the head of state, the Turkish air force attack on the Russian plane, which was involved in anti-terrorist operations in Syria and did not pose a threat to Turkey, is a “stab in the back” of Russia.