The capitalist system has raised the destructive power on behalf of the free market and human rights, said the President of Bolivia, Evo Morales. He noted that this system has led to a huge increase of consumption, which now destroys nature and human co-existence. 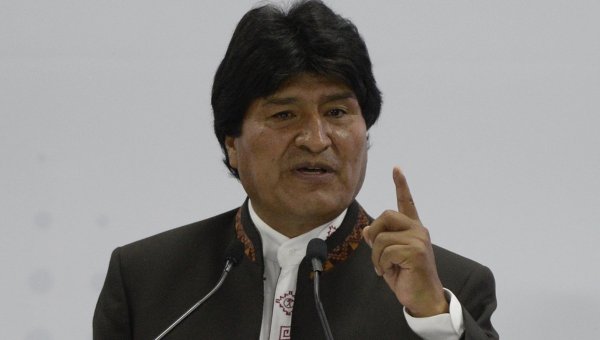 MADRID, 30 Nov. Bolivian President Evo Morales at the UN conference on climate in Paris blamed climate change on “capitalist system”, calling on countries to take urgent action to save the Earth.

“We need this meeting to Express deep concern about the dramatic situation around climate change, which threatens to end the existence of our mother Earth. It is urgent for all governments, especially capitalist States, to stop the destruction of our planet,” said Morales, whose speech was broadcast on the conference website.

He lashed out at the capitalist system, which “raised the destructive power on behalf of the free market and human rights”. “This system has led to a huge increase of consumption, which now destroys nature and human co-existence.

“Capitalism is founded, introduced and tucked in the last two centuries the wild destructive formula of humanity, turning everything into a trade to benefit only the elect”, — expressed his opinion of Morales.

“Nature becomes a subject of exploitation. Selfishness and excessive consumption is destroying the world community if we continue to follow the path of capitalism, we are condemned to disappear,” he predicted Morales, one of the world’s leading critics of the capitalist system and the Western model of society as a whole.

On Monday, the leaders and representatives of over 180 countries discussed at the meeting in Paris a new agreement which will replace Kyoto Protocol in 1997 on reducing greenhouse gas emissions.

The Paris agreement is intended to open up new economic mechanisms to solve the problems of the world to limit emissions to contain global warming. It can be signed during the COP21 and is expected in 2020 will replace the Kyoto Protocol.