Because of the Russian sanctions, Turkey may lose up to $20 billion annually, representing about 3% of GDP, stated in Parliament. In particular, the huge losses incurred by the resort region of Antalya, at the loss of Russian tourists. 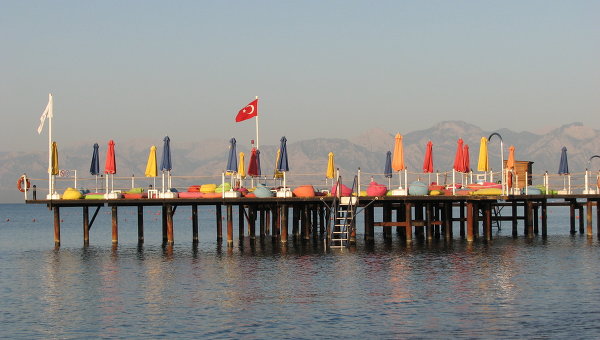 MOSCOW, 30 Nov –. A group of deputies of the Turkish Parliament from the Republican people’s party stated that the damage from the Russian sanctions in Antalya province may reach $6.5 billion, according to Hurriyet Daily News.

MP, former mayor of Antalya Mustafa Akaydin said at a press conference on Monday that due to the deterioration of relations with Russia, the region will lose $6 billion in the tourism sector and another $500 million in agriculture. He stressed that the crisis in bilateral relations should be resolved as soon as possible.

Abidin also announced the closure of the wholesale food market in the town of Gazipasa. According to him, the state may transfer the excess vegetables and fruits to the poor. He noted that farmers in the region expect to continue exports to Russia via third countries and to seek new markets. The survey