LONDON, November 30. /Corr. Igor Brovarnik, Ilya Dmitriev/. The worldwide interest in Russian innovation projects has not declined, although the volume of investment has decreased. This opinion was expressed in an interview with Vice President and Executive Director of the information technologies cluster of Fund “SKOLKOVO” Igor Bogachev on the sidelines started work in the London innovation forum London 2015 UnBound.

“A lot of interest, but the investment is less, their volume fell objectively”, – said Bogachev. “There is a certain coldness on the part of investors, because it would be silly to say that they do not pay attention to the political situation,” he added.

The fall of the ruble as a plus

At the same time, according to Bogachev, the fall of the Russian national currency had a positive impact on the investment attractiveness of Russian projects. “The production cost of Russian technology start-UPS has significantly declined due to falling ruble, their attractiveness for investment has increased,” said Vice-President of “SKOLKOVO”, in charge of the cluster, under the umbrella of which there are 400 companies, providing jobs to 8.5 thousand specialists. In 2014, 60 of these companies sold their products abroad, while in 2013 there were only 10. 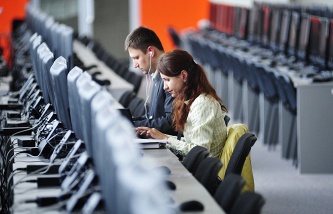 The robots from “SKOLKOVO” has started in Kazakhstan

“Innovation is a contact sport, and still want to know who does what, and they all want to develop the business. Everyone is interested in what is happening in Russia. On a human and business level nothing has changed,” he said. According to Bogachev, one of the ways of attracting funds from investors who are not willing to invest in a Russian legal entity – joint ventures with sales offices in the territory of a foreign state, however, while maintaining research activities in Russia.

A Russian company in London

For the purpose of expansion of business contacts from “SKOLKOVO” presented this year in London the eight projects of Russian companies engaged in the areas of technology for financial management, cyber security and retail. “For us the great interest to these companies here have found their partners, have signed agreements and have started to develop business”, – said Bogachev. Eight companies have already signed two agreements with the British companies and are now expanding partnerships, introducing new products. 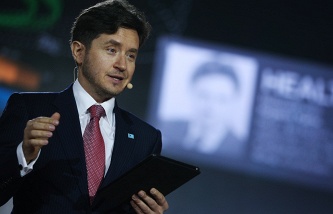 “SKOLKOVO” will support the fight against cancer

“We are preparing the launch of an innovative product as part of our partnership with the British company Teddy Pay, which will solve a very difficult task of combining different transport and ticket providers on the same media,” he said to the reporter, the representative CardsMobile Kirill Gorynya. “Thanks to the decision of the Teddy and Pay our platform, it became possible to start commercial cooperation,” he added.

Alexey Zheleznov, a representative of the Russian company SPB TV provider broadcast television and video content on different electronic devices, said that last year the company signed a contract with the London-based company Lebara. “This year we presented a new product for Lebara Play the market in England and around the world, which allows you to view video content on all available devices. The target audience of this product – migrants and expats from many countries of the world, thus we provide mobile TV service for Lebara customer base”, – he told.

The involvement of British startups

Other objectives that SKOLKOVO is pursuing at the London forum, where the Foundation invited for the first time – attracting startups from the UK to create joint ventures with Russian startups and the search for the UK partner business accelerators.

The forum will last till December 1.