A member of the Communist party Vladimir Bessonov is accused of beating police officers. Bessonov said earlier that the decision is illegal and is an outspoken political character. 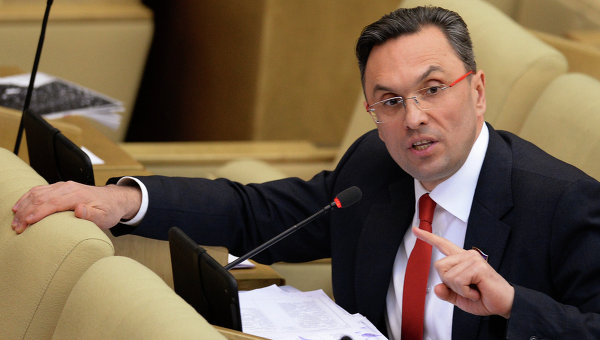 MOSCOW, 2 Dec. MP from the Communist Vladimir Bessonov suggested the state Duma to re-consider the approval of the state office of public Prosecutor of the Russian Federation on the transfer to the court of his case.

The state Duma in January gave its consent to the General Prosecutor’s office of the Russian Federation on the transfer in court criminal case of the Deputy from the Communist Bessonov, who is accused of beating police officers. Kirov district court of Rostov-on-don on October 28 changed the measure of restraint from recognizance not to leave on detention and was declared wanted, saying that the repeated absences of the accused in the court. Bessonov himself previously stated that the decision is illegal and is an outspoken political character. The Rostov regional court ordered on December 16, consideration of the complaint of defenders of Bessonova.

“Offered in connection with newly discovered circumstances to return to repeated consideration of the issue on giving consent to the General Prosecutor’s office of the State Council on transferring the case to the court of the Deputy Bessonova, which took place on January 28 of this year,” said Bessonov at a meeting of the state Duma.

In turn, state Duma speaker Sergei Naryshkin recommended that Bessonova to prepare the necessary documents and appeal to the Duma Committee on rules and organization of work.