Moscow. December 1. Chinese authorities have ordered the closure of more than 2 thousand industrial enterprises because of the smog, posing a serious risk to the health of citizens, informs on Tuesday, the newspaper China Daily. At the moment the level of air pollution exceeds the maximum permissible level in 24 times.

So, in the capital level concentrations of particulate matter with diameter 2.5 microns (PM2. 5) reaches 600 microgram per cubic meter, while the maximum acceptable value who estimates should not exceed 25 micrograms per cubic meter.

According to the Associated Press, in some suburbs the level of concentration of PM2. 5 reached on Monday rate of 900 µg/m3.

Many citizens went to the hospital, most from air pollution affects children.

Authorities recommend to remain in the premises, many people take to the street in masks. In Beijing, according to the AP, severely impeded visibility.

As noted by the Western media, the situation with air pollution in China has worsened just in the moment when the Chinese President XI Jinping is on the United Nations climate summit in Paris. Speaking at the conference, attended by 150 heads of States, he promised to take measures to reduce emissions into the atmosphere.

According to some estimates, in 2013 carbon dioxide emissions from enterprises in China amounted to 10 billion tons – twice more than in USA. 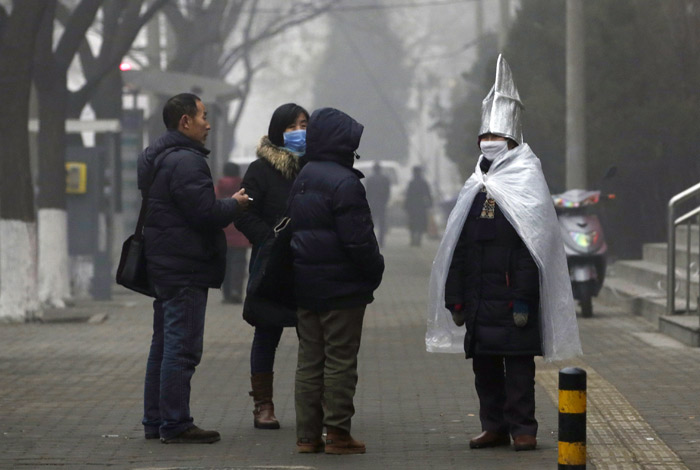