SEVASTOPOL, December 2. /Corr. Janina Vaskovsky/. The gas station Sevastopol has signed agreements with Feodosia tank farms on the supply of fuel at filling stations which remained for 2-3 days. About it has informed journalists on Wednesday the Governor of the city Sergey meniailo. 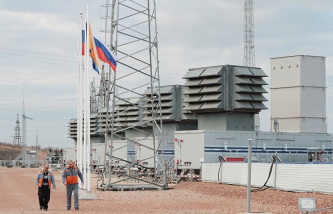 Ministry of energy: the situation with fuel supply remains stable

“In case of a possible termination of deliveries from the mainland, they will immediately begin to receive fuel from Feodosiya. There today, the fuel reserves amount to more than 20 thousand tons and will be increased to 20-day”, he said.

Last week in Sevastopol has resulted in an increased demand for gasoline. The authorities did not limit its retail sale, and organized the delivery from Samara and Krasnodar territory.