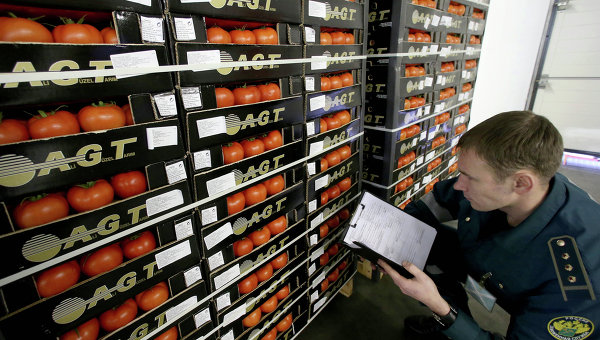 VLADIVOSTOK, 2 Dec. Kamchatka will easily replace prohibited for import from 1 January 2016, Turkish products supply of food from Russian regions and other countries, according to the government of the province.

Every year the Peninsula is imported 17 thousand tonnes of fruits and about 23 thousand tons of vegetables. A significant portion of this product comes to the region from China, also eat fruit from Chile, Argentina and South Africa.

“Of course, on the shelves, there are goods from Turkey. If we talk about the range, it’s mostly lemon, grapefruit and tangerines. Moreover, the mandarins imported from Turkey, is only 1% of the total volume imported to the Peninsula. Lemons and grapefruit — about 30%, but they were not included in the list of products whose import from Turkey to Russia is prohibited. Also in Kamchatka you can meet Turkish cherries and grapes,” said the Deputy Chairman of the government of Kamchatskiy Krai Marina Saturday. According to her, the products from Turkey are shipped to the region by air, which significantly increases their cost.

“Vegetables on the Kamchatka Peninsula of the Turkish Republic imported tomatoes. But this product is quite expensive — about 700 rubles — and not in great demand. In the volume assortment it also takes a small percentage. We held talks with suppliers of fruit and vegetables on the Peninsula. According to them, the whole volume, which were imported from Turkey, today it is easy to replace supplies from Russian regions and other countries, so this situation is of any concern from wholesalers does not cause,” he said Saturday.

On Tuesday, Prime Minister Dmitry Medvedev signed a decree on application of special economic measures against Turkey. This document is introduced including a ban on the import into the Russian Federation from 1 January 2016 of a number of agricultural products, raw materials and food, country origin is Turkey.