TASS KIT. 1 December 2015 the government has published a list of Turkish goods, which are prohibited to import into Russia.

In the list published by the government lists 17 product categories (fruit, vegetables, offal of turkeys and chickens, flowers and salt). They will be forbidden to import to Russia from 1 January 2016.

The list includes tomatoes, apricots, strawberries, the largest exporter to Russia is Turkey.

All, according to the Federal customs service of the Russian Federation, for January-September 2015 from Turkey to Russia imported these products in the amount of $579 million 709 thousand, which is 18,9% of the total value of Turkish exports to Russia ($3 billion 64 million 419 thousand) and 0.5% of the total exports of Turkey (USD 107.2 billion, according to statistics Institute of Turkey, TurkStat).

The cost of supply other of food that fall under the restrictions (frozen carcasses of turkeys, apples, pears, plums) do not exceed $12 million, their share in Russia’s imports of the respective categories ranged from 12.2% (plum) to 1.7% (pear). 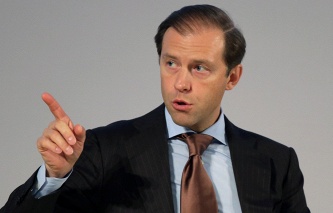 Manturov: the restriction on the import of light industry of Turkey still will not be introduced

According to the Federal customs service, in January-September 2015 Turkey exported to the Russian Federation cut flowers $5 million 117 thousand , of which the limitation will apply only clove (their share in the commodity nomenclature is not revealed). Turkey only provides 17% of import deliveries to Russia of fresh flowers.