NICOSIA, 2 December. Action by the EU to freeze relations with Russia are absolutely counter-productive, in the interest of all to move towards a common space of security and cooperation. This was stated on Wednesday by Russian foreign Minister Sergei Lavrov after talks with Cypriot counterpart Ioannis Kasoulides. 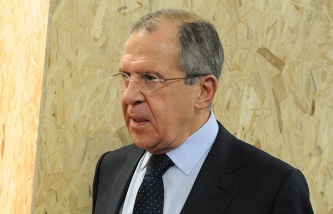 Lavrov: Turkey should understand that she needs to do after the incident with su-24

“We exchanged views on the situation in relations between Russia and EU – Lavrov said. – Appreciate the interest of Nicosia and effort that our Cypriot friends to take in the interests of normalizing relations.”

“We believe the actions of Brussels to freeze relations with Russia are absolutely counter-productive. We are convinced that in the interests of all the peoples of our continent to agree on a way forward to creating a common space of security and cooperation”, – said the Russian Minister.