Sale of tickets started in Sochi from Ekaterinburg, Kirov, Ufa, Volgograd, and Samara, the report said air carrier. According to the report, the minimum cost of one way ticket in all directions is 999 rubles including all taxes and fees. 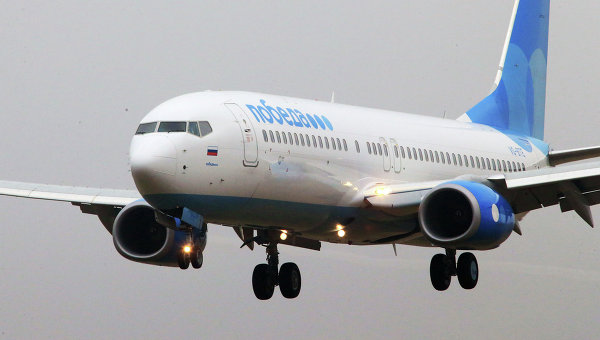 Ticket sales in Sochi opened from Yekaterinburg, Kirov, Ufa, Volgograd, and Samara. According to the report, the minimum cost of one way ticket in all directions is 999 rubles including all taxes and fees.

In Sochi from Ekaterinburg the low-cost airline will fly from 12 December on Saturdays, from Kirov — on 18 December in the night from Thursday to Friday, from Volgograd from December 16 on Wednesdays and Saturdays, from Samara, from 17 December on Thursdays and Sundays, from Ufa — 3 and 10 January, with a possible extension of the flight program. In Rostov-on-don from Moscow “Victory” will fly from 11 December daily in St. Petersburg from Kirov — from December 19 on Saturdays.

In the winter schedule of “Victory” for the years 2015-2016 more than 20 Russian cities. Previously, Aeroflot reported that in the summer season of “Victory” in 2016 it is planned to increase the number of areas in which its planes fly in two times — up to 40, thanks to new routes from Sochi and Anapa.

“Victory” was founded on September 16 2014 instead fell under the EU sanctions “Dobrolet”. The first flight loukoster completed December 1, 2014 in Volgograd from the Moscow airport “Vnukovo”. Today the airline flies only domestic routes. By 2018, the carrier’s fleet will consist of nearly 40 aircraft.