BERLIN, 2 December. German car Corporation Volkswagen agreed in a group of banks about conditions of granting of loan worth €20 billion to Fund costs associated with the elimination of the consequences “diesel scandal”. This was reported on Wednesday by Reuters citing informed sources, wished to remain not named.

“Volkswagen has reached an agreement with banks under the terms of the planned short-term interim loans for up to €20 billion ($21,22 billion), designed to help Finance costs in connection with the scandal around the exhaust gas”, – reports the Agency. 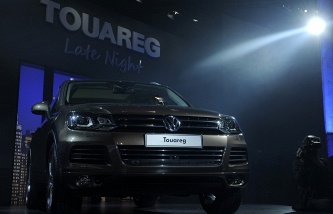 AP: the authorities of California has demanded from Volkswagen to recall about 16 thousand cars

If necessary thirteen banks have the potential to increase funding to €29 billion ($30 billion).

The official representative of Volkswagen refused to comment on this information.

In the message the Agency has no information about whether, for what term and under what percent it is expected to provide a loan.

As previously reported, Volkswagen was at the center of a scandal after the discovery in the car group with diesel engines software that allows you to bypass environmental standards in the United States. We are talking about the device that includes the full capacity of the exhaust system only during appropriate inspection machine. During normal car operation, the system is partially disabled. Thus, during the test is not fixed, for example, the level of nitrogen dioxide emissions, which can cause asthma attacks and other respiratory diseases.

Investigation in respect of the group are conducted in the United States, several countries in Europe and Asia. In the U.S. joined the case of the prosecution 45 States and the district of Columbia. They all are ready for a long battle and predict automotive giant fines and the need to pay compensation in the amount of tens of billions of dollars.

The head of Volkswagen Martin Winterkorn has left his post, and German prosecutors launched an investigation into his activities. Earlier also it was reported that the company has temporarily suspended the Board member for technical development of Audi Ulrich Hackenberg member of the Board of Porsche Wolfgang Hatz, responsible for the development of engines.