MOSCOW, December 1. Prime Minister Dmitry Medvedev believes that no one should impose on the people trails. The head of government urged to develop domestic tourism. 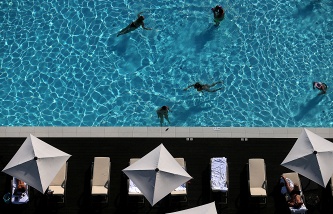 Medvedev also assured that a zero rate of value added tax (VAT) on tourism businesses will be maintained.

“VAT do we consciously zero, simply because it is the only real mechanism to stimulate the (growth of this sector)”, – he said in response to the request of the General Director of group travel agencies.

Earlier, the head of the Federal tourism Agency Oleg Safonov suggested that stopping the sales of tour packages to Egypt and Turkey will lead to growth of demand for domestic tourism and, consequently, to higher prices for tours in Russia.

“If the demand increases instantly, as the sentence remains at the same level, then, of course, unfortunately, the prices may increase. We certainly would like to prevent this from happening, but the laws of market economy are like this”, he said in an interview to RBC TV channel.