The party “Patriots of Russia” approved the new resolution, made changes and additions to the party Charter, and also discussed questions about the elections of the governing bodies of the party, the Central political Council and control-revision Commission. 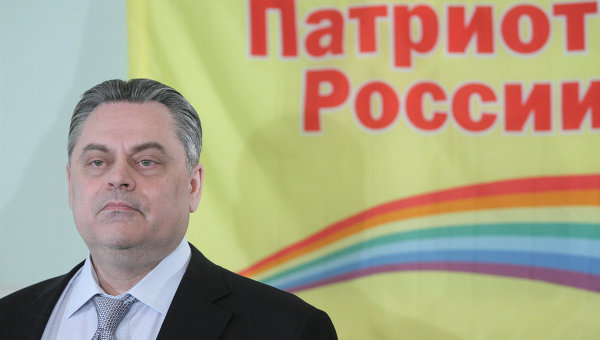 MOSCOW, 2 Dec. The party “Patriots of Russia” before the elections to the state Duma 2016 Wednesday approved a new resolution, made changes and additions to the party Charter, and also discussed questions about the elections of the governing bodies of the party, the Central political Council and control-revision Commission.

The tenth Congress of the party on Wednesday re-elected party leader Gennady Semigin, the Central political Council of the party will represent 16 people, the control and audit Commission is 5 people.

A Semigin during the Congress made a report on the main issue of the agenda, noting that Russia in conditions of Western economic sanctions and political pressure, continues to defend its interests in the international arena, to take steps aimed at scrapping the unipolar world and US hegemony.

According to him, Russia occupied an active position in solving important to the world of geopolitical issues, including the fight against international terrorism, the party supports the initiatives and practical steps taken by the President of the Russian Federation.

The main task of the party in 2016 will become productive participation in the elections to the state Duma, regional and municipal authorities.

The party “Patriots of Russia” was founded in 2005 on a platform of “Russian labour party”, a split with the Communist party. The ideology of the party is democratic socialism, collectivism.