TASS KIT. December 1, 2015 was published the order of the Prime Minister Dmitry Medvedev “On approval of the plan of measures on stabilization and development of competition in the alcohol market”. Among the proposed measures in the plan declared a ban on the sale of “dry alcohol” on the territory of the Russian Federation and the Eurasian economic Union (EEU). The ban is expected to approve the law and the decision of the Eurasian economic Commission, the relevant proposals will be submitted to the government of the Russian Federation in the first quarter of 2016. 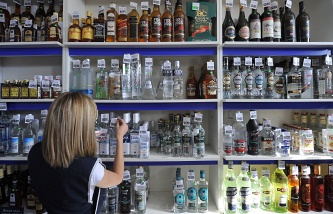 The story and the way you create

“Dry alcohol” or “alcohol powder” is a special powder that can be used to obtain alcoholic beverages (dilution with water) or as flavorings in cocktails.

Was first patented in the late 1966’s in Japan by company Sato Food Industries (“Sato foods industries”). A similar patent was issued in the U.S. in March 1974 Corporation General Foods Corporation (“General foods”). The process of making the powder is to encapsulate (“grasp”) at the molecular level of alcohol in the tiny fraction with the starch derivatives of cyclodextrins or molasses. The result is a dry substance in the form of a powder, which when mixed with water becomes the drink again.

As a rule, is distributed in bags weighing about 30 g, diluted in a glass of water. Upon dilution of the dry matter with water to obtain an alcoholic beverage with the characteristics of vodka, rum, and various cocktails.

Distribution in the world

Currently the only fully legal market for “powdered alcohol” is Japan, where it is equalized with the usual alcohol, its sales are about 1% of the total volume of sales of alcoholic beverages. In some countries, “powdered alcohol” is often prohibited at the regional level due to insufficient knowledge of its effects on the human body. In Germany or USA it is often spread through the Internet, taking advantage of the loopholes in the law, where normally alcohol is only a liquid.

In June 2015, the CPS said about the potential dangers of the use of “dry alcohol” to human health. The greatest risk is that the consumer can dissolve in a glass of water not one but several bags, in that case the consumption of the drink can lead to alcohol intoxication and burn mucous membranes. Also high risk of the use of the powder in dry form, through inhalation.