MOSCOW, December 2. The deal to sell one third of the square of the Central Department store in Moscow (TSUM) brought the capital to 4.3 billion rubles this was reported in the press service of the Department of Moscow on competition policy.

“The deal to sell the city of the Central Department store must be a good sign for players in the commercial real estate market of Moscow”, – said the representative of the press service. 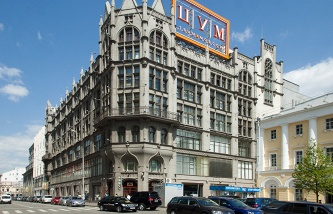 Moscow put up for auction a third of the Central Department store at 4.3 billion rubles.

According to him, considering the burden that will carry a new owner on the sale transaction of the Central Department store for the initial cost to Moscow is favorable.

The press service noted that an investor purchasing such an asset, must have a long-term strategy for site development.

“The new owner of 19 thousand square meters of TSUM will retain their appointment. The investor within three years from the date of transfer to the property must restore the facades and interiors are harmonized with the municipal authorities of the project documentation. After the completion of repair and restoration work, the owner will need to carry out maintenance work”, – explained the press service.