YEKATERINBURG, December 2. The arbitration court of Chelyabinsk region on Wednesday postponed consideration of the claim of Alfa-Bank to the research and production Corporation “Uralvagonzavod” (UVZ) and its subsidiary – “CHTZ-Uraltrak” 7.3 billion and $33.9 million at January 12, 2016, according to the court.

“Hearing is postponed on January 12,” – said the Agency interlocutor.

Earlier the alpha Bank has refused claim requirements regarding collecting of the penalty for untimely repayment of the principal debt in the amount of $304.5 thousand under the agreement on multicurrency credit line dated may 28, 2013.

The company “CHTZ-Uraltrak”, in turn, the Arbitration court of Sverdlovsk region demanded compliance with the terms of the loan agreement, under which it is provided until 2017. The company demanded to declare invalid the requirement of early repayment of loans, and to require Alfa-Bank to fulfill the terms of the credit agreements. However, the court refused “CHTZ-Uraltrak” in satisfaction of the claim.

In Arbitration court of the Chelyabinsk region is case on the claim of Alfa-Bank about collecting with UVZ, according to the revised data, more than 7.3 billion and $33.9 million 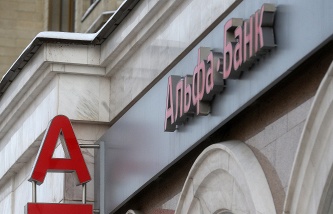 “Alfa-Bank” partially waived the requirements under the claim UVZ 7.3 billion and $33.9 million

Also Alfa-Bank filed in the Arbitration court of Moscow a series of lawsuits to UVZ. Currently before the court are six lawsuits against Alfa-Bank to “Uralvagonzavod” – two for 560 million rubles, three at 1.26 billion rubles, 3.89 billion rubles, RUR 1.07 billion, another for $ 30 million.

The Bank claims associated with the arrears on loans that were made by “CHTZ-Uraltrac” due to the difficult situation in the enterprise. Uralvagonzavod acted as the guarantor.

UVZ is a Russian Corporation engaged in the development and production of military equipment, road construction machines, railway wagons. It comprises more than 40 industrial enterprises, research institutes, design offices. Parent enterprise “Uralvagonzavod” in Nizhny Tagil. 100% of the shares of the Corporation owned by the state.