As the Prime Minister, the leader of the party directs the activities of the faction in the state Duma, representing the parliamentary majority. According to members of the Communist party, it affects what in the state Duma are accepted only bills developed by the government. 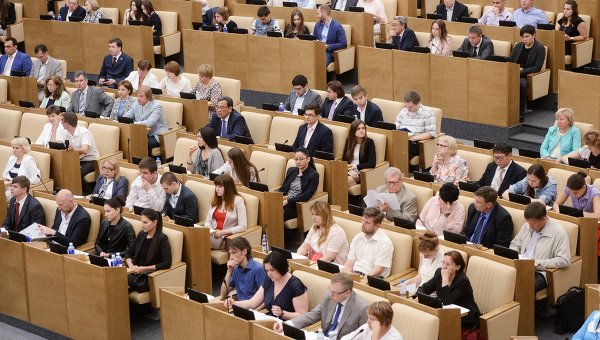 MOSCOW, 2 Dec. The state Duma rejected a bill proposing to ban the Prime Minister of the Russian Federation to be a member of the governing body of a political party.

The document was submitted to the state Duma by group of deputies from the Communist party. The draft law authors, in particular, pointed out that, as Prime Minister, the leader of the party directs the activities of the faction in the state Duma, representing the parliamentary majority. According to Communists, in fact in the state Duma are accepted only bills developed by the government of the Russian Federation. Other factions and deputies have almost no participation in the legislative process, noted in the Communist party.

The profile Committee of the state Duma on Affairs of public associations and religious organizations recommended the bill to the deviation. As noted in the opinion of the Committee, in accordance with the law “On political parties” restrictions on political party membership or the obligation of suspension of membership may be established for certain categories of citizens of the Russian Federation Federal constitutional laws and Federal laws.

“The ban on combining positions of Chairman of the RF government with a leadership position in a political party, Federal constitutional law is not provided”, — said in the conclusion of the Committee.