The law on “undesirable organizations” was adopted in the spring of this year. 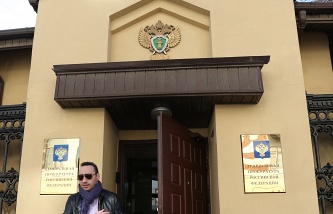 At the beginning of July 2015, the Council of the Federation was included in the Patriotic stop-list – a list of foreign NGOs, whose activities, according to the senators, poses a threat to the national security of Russia – 12 organizations. The Soros Foundation, national endowment for democracy, international Republican Institute, national democratic Institute for international Affairs, the MacArthur Foundation, Freedom House, Foundation Charles Stewart Mott Foundation, the Foundation “Education for democracy”, East European democratic centre, the Ukrainian world Congress, Ukrainian world coordinating Council, the Crimean field mission on human rights.

According to the Chairman of the Federation Council Committee on international Affairs Konstantin Kosachev, the list should be a recommendation for inclusion in the list of undesirable organizations.