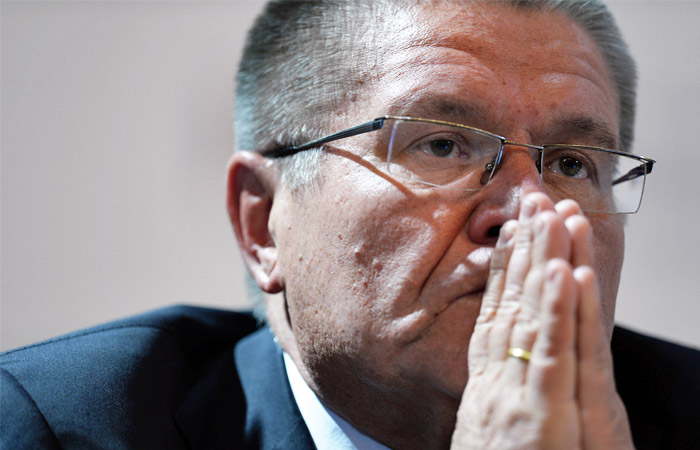 Moscow. December 1. Last Tuesday in Brussels tripartite consultations between Russia, the EU and Ukraine has not led to achieving the necessary agreements, said the Minister of economic development of the Russian Federation Alexey Uljukaev to journalists following the talks.

He noted that the introduction of predamage towards Ukraine is not the subject of the Association, and with the fact that Ukraine had joined the sanctions against Russia.

Following the meeting, instructed the experts to try for months to find an acceptable solution to remove Russian concerns because of associations between the EU and Ukraine, but, said the speaker, “extraordinary efforts” to 1 January in Ukraine were introduced by predamage and non-preferential trade regime,

The Minister also noted that the views expressed by the EU proposals to ease Russian concerns about unacceptable for Russia, and the Russian proposals have taken into account only partially and is not enough.

“We considered several options for a possible agreement. From our point of view that was prepared by the colleagues from the EU, is unacceptable, primarily for the reason that these documents are not legally binding and consist in the statement of the willingness of the parties to seek solutions to problems as will be identified for the actual damage. But we say that too late to solve the problem when the damage has already appeared. Need to create a situation that will not allow this damage to appear. So we’re talking about what needs to be formulated legally binding structure, where each party would have its obligations”, – he explained the essence of the negotiations.

According to him, the Russian side proposed specific mechanisms, “which consist in the fact that the parties had a three-way system of information exchange in the customs area, which would allow for traceability of the products and close opportunities for products from third countries to qualify for preferential trade regime between Russia and Ukraine”.

“We proposed maintaining a system of certificates of conformity, which is now the Russian exporters are working on the Ukrainian market, and the parallel functioning of two systems of standards – European standards, which introduces Ukraine, and those standards, which Ukraine must meet as part of the agreement of the CIS that they had a parallel circulation and entities could choose. The same thing about offered in the field of sanitary and phytosanitary control,” the Minister explained.

He also said that the Russian side proposed in the field of energy to save the parallel operation of power systems of Ukraine and Russia, as well as in the formulation that provide acceptable investment climate for Russian and Ukrainian companies – “the sustainability of it, the non-use of measures that discriminate against investors.”

The restriction against Ukraine

Russia plans to impose trade restrictions with Ukraine in case of creation of the free trade area (FTA) with the EU.

Russia in its turn intends to introduce trade restrictions, which, according to the Prime Minister of Ukraine Arseniy Yatsenyuk, will lead to the reduction of Ukrainian exports to Russia by $600 million He promised that Kiev will respond with a “mirror action”.