“This morning the bulls attempted to return the MICEX index above the level of 1780 points, which at the end of yesterday’s session was given up to “bears”. Support to customers in the first half of the day was provided by the rising oil prices. However, after the resumption of the negative dynamics on the market of black gold domestic assets were again under pressure and the attack petered out buyers”, – says the expert of “BCS Express” Ivan Kopeikin.

By evening, the cost of futures for oil of mark Brent with delivery in January 2016 on the stock exchange ICE in London fell by 0.92% to $44,17 per barrel. 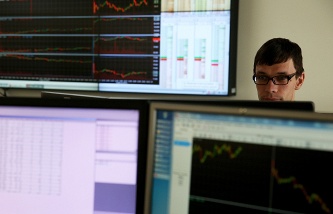 According to the expert of “BCS Express”, there is nothing surprising in the absence of specific direction in the markets now, he’s ahead investors await a series of important events, in anticipation of which often is the growth volatility.

So, 3 December will be the ECB meeting, where investors expect from the European regulator new economic incentives. On Friday, December 4, meeting of OPEC, which the majority of bidders are not expected to reduce quotas on oil production. In addition, the approaching US Federal reserve meeting (December 15-16), which can be decided to raise interest rates.

“The lack of faith in the ability of the fed firm decisions is likely to have tomorrow support the ruble MICEX index, on the way to 1773. At the same time dollar-denominated RTS index is in danger of dropping to the area of 832 points under the influence of that same lack of certainty regarding the monetary-credit course on the other side of the Atlantic”, – said the Director of analytical Department IK “Golden Hills – Kapital AM” Mikhail Krylov.