MOSCOW, December 2. The state Duma will consider at plenary session the draft law on the budget for 2016 in the second reading. The bill passed first reading on November 13, improved according to the requirements of the parliamentary factions. Total costs are not increased, but significantly increased the funding of socially significant projects and some sectors of the economy. 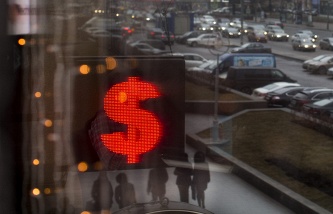 The deficit of the budget of the Sverdlovsk region in 2016 will amount to 14.6 billion rubles

One of the main amendments concerned the provision of budget loans to the regions of Russia. She States that next year budget loans to subjects of the Russian Federation provides up to $ 310 billion rubles instead of the 140 billion, recorded in the first reading. The sponsors of the amendment, among which Valentina Matvienko, Sergey Naryshkin and Sergey Neverov and others, proposed to amend the text of the budget bill for 2016 increase opportunities for crediting of regions. “Money can be directed to partially cover the deficit of budgets of subjects, covering temporary cash ruptures arising at execution of budgets of the constituent entities, as well as for activities related to the elimination of consequences of natural disasters and technogenic accidents”, – said in the text of the bill for the second reading.

In addition, the budget Committee recommended for adoption on second reading of the mandatory allocation of funds for the construction and repair of schools 50 billion, 43 billion rubles for projects in Crimea; 9 billion will go to support agriculture; 15 billion rubles planned for the funding of science.

Third reading of the budget bill for 2016 is scheduled for 4 December.