VLADIVOSTOK, December 2. /Corr. Marina Shatilova/. “Vim-Avia” begins from 2 December flights on route Vladivostok – Moscow (Domodedovo). The flights will be operated by Boeing 757-200 with capacity for 220 passengers. However UTair “Vim-Avia” was replaced by “Transaero”, the care of which led to a tense situation with tickets to the far East. 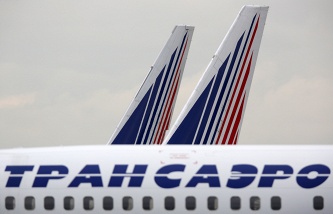 The court ordered Transaero to pay the airport of Blagoveshchensk 7.9 million debt

Topilin: more than 40% of retired employees Transaero airlines has employed

“Departures from Vladivostok to Moscow airport “Domodedovo” will be performed three times a week – on Mondays, Wednesdays and Saturdays, returning from the capital – on Tuesdays, Fridays and Sundays. The first will be held on Wednesday, December 2. The cost of the trip will be from 23 thousand 170 roubles”, – reported in Department of transport and road economy of the Primorsky territory administration.

“The entry of new carriers on the Moscow direction, which is the most popular among the residents of Primorye, allows you to maintain the accessibility of the region and reasonable prices for tickets, and also opens for passengers to choose the airline. With the company “Vim-Avia” in the schedule of the airport the number of flights to the capital will increase and will be 20 in a week”, – commented on the arrival of a new carrier in a press-service of Vladivostok international airport.

To resolve a difficult situation associated with the termination of “Transaero”, “Aeroflot” has sent to the far East more spacious aircraft, the load was increased to 100 places. The situation has improved since November 16, when the flight from Vladivostok to Moscow three times a week on Boeing 767-200 began to perform company UTair .

In the government of the Russian Federation on 1 October it was decided on bankruptcy of the carrier Transaero. The airline ceased operating on 26 October. Aeroflot, under the operational control of which was “Transaero”, and possibly other airlines will continue to transport passengers “Transaero” till December 15. Aeroflot will also provide a refund for paid tickets with the departure date after December 15.