The Russian government set a task to completely stop the decline in production in the automotive industry. Program state support will continue in 2015, and presumably will be 50 billion rubles, said Deputy Prime Minister Arkady Dvorkovich. 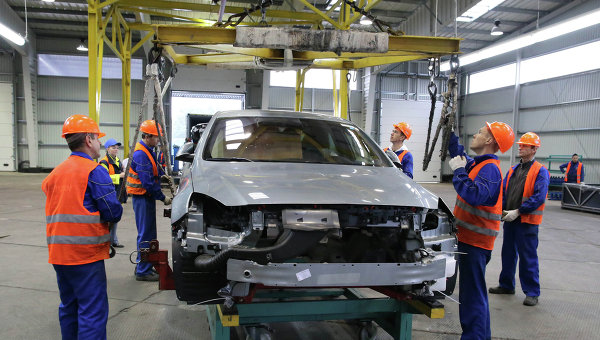 “Next year our goal is to fully halt the decline in production in the Russian automotive industry. To do this, we will continue the program of support of at least the same amount as in 2015”, — said Dvorkovich.

He also said: “I will support this proposal. Will be initiated by some increase support from 43 to about 50 billion rubles”.

Among the measures of assistance to the automotive industry Dvorkovich called “support subsidy working capital at high interest rates in the market that primarily help manufacturers of automotive components”.

“We also plan to index a recycling fee for vehicle manufacturers. This will allow us to get additional budget funds to meet changing exchange rates, changing conditions in the market as a whole. Additional terms will allow to implement the different programs: from the programs in the labor market to support manufacturers of new cars,” — said Dvorkovich.

The Ministry of industry and trade predicts decrease in sales of cars in Russia in 2015 at 24% compared with the previous year — up to 1,98 million vehicles, of which about 500 thousand will be sold at the expense of state support measures. Among them — the program of updating of fleet, preferential leasing and concessional loans.