MOSCOW, December 2. Greece is discussing with Russia the possibility of improvement of conditions of Russian gas supplies. This was stated by the Minister of environment and energy of Greece Panos Skourletis following the meeting in Moscow with the head of the Russian Ministry of energy Alexander Novak.

The two sides discussed “cooperation on the volumes of natural gas, which buys Greek Cypriot side”.

“We have specific contracts to 2026. What we are discussing is improving and prices,” – said the Greek Minister.

Skourletis noted that during the meeting with the head of the Ministry of energy of the Russian Federation discussed the prospects of cooperation on the gas pipeline “Turkish stream”.

“Of course, they (the prospects of cooperation on the project – approx. ed.) were discussed. They also discussed issues of cooperation between the two countries and in addition to this project. We open cooperation, and it is positive for both sides,” he said. 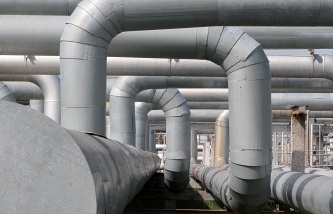 The Greek Minister noted that the worsening of relations between Russia and Turkey – a very real obstacle “Turkish stream”, but the project is still relevant.

“The strategic value of this project is still relevant. Of course, the recent events between Russia and Turkey is a very real obstacle. Therefore it is necessary to keep the basic idea of this great project and watch approach, given the existing problems of Russia and Turkey. I think there is a common approach between the Russian and Greek side,” he said.

Discussion of the project may be suspended

As earlier reported citing a source familiar with the negotiations, the discussion of the project “Turkish stream” will be suspended in connection with the termination of activity of the intergovernmental Commission Russia-Turkey. On 1 December the government has decided to suspend the activities of the mixed intergovernmental Russian-Turkish Commission on trade and economic cooperation, which the Russian side is headed by Minister of energy Alexander Novak.

An agreement on the construction of the gas pipeline “Turkish stream” was reached in December 2014. Originally it was planned that the capacity of four branches of the pipeline will be 63 billion cubic meters of gas per year, of which 16 billion will be supplied to Turkey, and 47 billion on a gas hub on the Turkish-Greek border. In October the head of “Gazprom” Alexey Miller said that the company is limited to the construction of two lines of the “Turkish stream” because of the growing European needs until you can close the pipeline “Nord stream 2”.