ANKARA, 2 December. Turkey has signed with Qatar, a Memorandum of understanding providing for the delivery to her of liquefied natural gas in case of energy import from Russia. The document was signed during a visit to Qatar, Turkish President Tayyip Erdogan, told Turkish TV channel “Haberturk”. 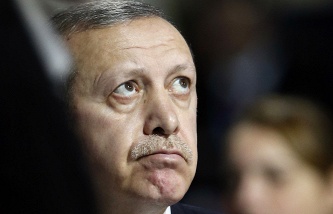 Erdogan: the Turkish government would consider the question of reaction to Russian sanctions

According to him, the Memorandum was signed by Turkish state company Botas (Botas) and the National oil company of Qatar. Volumes of gas not known. Sources in the Ministry of energy of Turkey noted that the supply in the long run.

Intergovernmental agreement between the two countries, according to “Haberturk”, will be signed in the near future. It will be written to the volume of purchases by Turkey of gas.
Erdogan before his visit to Qatar told reporters that Turkey “will not disappear” in the event of termination of gas supplies from Russia.