MOSCOW, December 3. The President of Russia Vladimir Putin spoke in favour of the study of creating large-scale economic partnership between the countries of the Eurasian economic Union (EEU), Shanghai cooperation organization (SCO) and the Association of Southeast Asian Nations (ASEAN). The proposal the President announced in his annual address to the Federal Assembly. 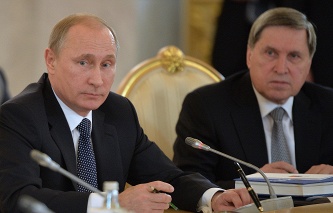 “Offer together with our colleagues in the Eurasian economic Union to begin consultations with members of the SCO and ASEAN, as well as with States that join the SCO, on the formation of a possible economic partnership,” Putin said, noting that together these countries account for almost a third of the world economy at purchasing power parity.

According to Putin, at the initial stage of this partnership could focus on the issues of investment protection, streamlining procedures for the movement of goods across borders, joint development of standards for the production of the next technological generation and on the reciprocal opening of market access services and capital.

“It is natural that this partnership should be based on the principles of equality and mutual interest”, – said the Russian leader.

The head of state assured that “for Russia, this partnership will create new opportunities to increase shipments in Asia Pacific for food, energy, engineering, educational, medical and tourist services; will allow us to play a leading role in the formation of new technological markets, and to expand on Russia, a major global trade flows”. 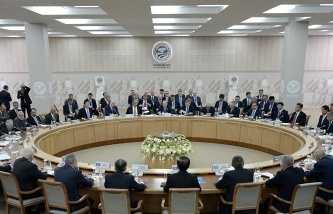 Overall, according to Putin, Russia is interested in a wide business cooperation with other countries, welcomes investors that are configured for long-term work on the Russian market, “even though current, is not always easy circumstances.” “We appreciate their benevolent attitude to our country, to the benefits that they see for development of the business”, – summed up the President.

He recalled that Russia is already involved in integration processes, including within the Eurasian economic Union.

Also reached an agreement in principle to the pairing of the EAEU with the Chinese initiative of the economic silk road, created a free trade zone with the EEU Vietnam, Putin said. He hopes that at the summit Russia – ASEAN in Sochi next year will be able to develop mutually beneficial joint agenda for cooperation.