BAKU, December 3. /Corr.TASS Sevinj Abdullayeva/.Turkey and Azerbaijan agreed to finalize the project of TRANS-Anatolian gas pipeline (TANAP), designed to transport Azerbaijani gas to Turkey and Europe before 2018. This was stated on Thursday at a press conference after talks with Azerbaijani President Ilham Aliyev, Prime Minister of Turkey Ahmet Davutoglu, according to local media. 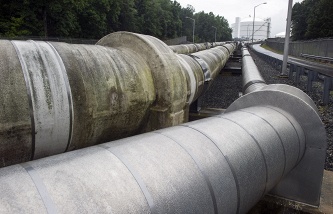 Media: Turkey has signed with Qatar, a Memorandum on gas purchases

“The meeting (with Aliyev), we agreed on the completion of the project TANAP is not in 2018, but earlier, and in consequence the Ministers were given appropriate instructions,” said Davutoglu. He stressed that the resources of the Caspian sea play an important role in ensuring energy security of Europe.

In turn, the Azerbaijani President also did not rule out that TANAP may be ready before 2018. “This is a joint project of Turkey and Azerbaijan. Together we have begun to implement it… I am Sure that it will be implemented on time in 2018, and perhaps earlier, Thus, Azerbaijan will be able to export to Turkey, and then Europe natural gas in greater volumes,” said Aliyev. He added that the proven gas reserves of Azerbaijan total 2.6 trillion cubic meters. 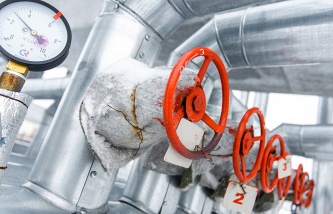 The Ministry of energy: gas supplies to Turkey will continue in accordance with the obligations

The TANAP project envisages transporting gas from Azerbaijani “Shah Deniz” field from the Georgian – Turkish border to the Western border of Turkey. The total project cost is estimated at $10 billion for the Initial capacity of the TANAP pipeline is expected to be 16 billion cubic meters of gas per year. About six billion cubic meters will be supplied to Turkey, while the remaining volumes to Europe. It is planned that Turkey will start gas supply in 2018, and after the completion of the construction of the TRANS Adriatic pipeline in 2020 will go to Europe.