Russia is negotiating the import of products from Mexico, which has not joined Western sanctions against Russia, said Deputy Chairman of the Federation Council Yevgeny Bushmin. 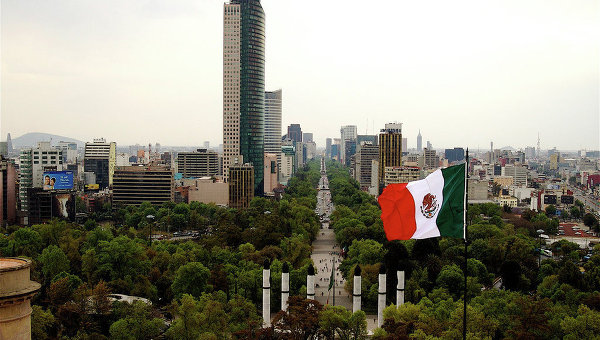 The Russian delegation was headed by Deputy Chairman of the Federation Council Yevgeny Bushmin. In an interview with Russian journalists, he noted that the fact that a small trade between the two countries (about $ 1.5 billion for the six months of 2015) should not create unnecessary feelings of mutual contacts.

“A bad peace is even with a small turnover, better than any confrontations and sanctions, with Mexico for six months the trade turnover decreased by 14%, and on average, with all countries — by 32%, a figure much better than average,” said the Bushmin.

According to him, negotiations are underway regarding the ability of imports to Russia from Mexico, which has not joined Western sanctions against Russia.

“I think we should create a friendship group in the Senate, communicate the representatives of the lower chambers, the upper, governments, then there is a leaders, and, after 10-12 years, repeated mutual visits of heads of state, but should develop cultural, economic, legislative liaison,” said the Bushmin.

Last time the Russian President was in Mexico on an official visit in 2004, and the Mexican leader in Moscow in 2005.

In the framework of the Russian week, in addition to the official activities of the Senate, there will also be a screening of Russian films, conference on Russian culture, discovery of documentary and photographic exhibition dedicated to the 125th anniversary of diplomatic relations. Great interest was aroused and specially came from Russia, the artists of the State academic song and dance ensemble of Don Cossacks of the name Kvasova, sang the Cossack songs of Russia.