MOSCOW, December 3. Rosneft does not intend to challenge the court’s decision on the license for the Deposit on the Eastern Taimyr Peninsula, told reporters natural resources Minister Sergei Donskoi. “They (Rosneft) had previously met, now no,” he said. The Minister explained that this was known to him last week. 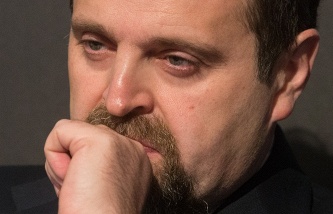 Don: MNR does not preclude the holding of the first auction for offshore companies in 2016.

Donskoy noted that in this regard the problems with the transfer of the license should not be.

Rosneft on August 17, appealed to the Moscow arbitration court procedure and the results of the competition the Committee for the East of Taimyr oil and gas subsoil oil company asked to recognize its results – the winner is recognized as the structure of LUKOIL “LUKOIL-Western Siberia” is invalid.

East of the Taimyr subsoil plot is located on the Taimyr Peninsula near the mouth of the Khatanga. Resources exhibited at the competition of the land section of 4.5 million tons of oil and 9.3 billion cubic meters of gas and 0.5 million tons of condensate. The license for subsoil use will be 27 years. LUKOIL offered to pay for the site 1.9 billion rubles (almost 600 times higher than the initial payment).

“Rosneft” already on 12 August, has written to the Minister of natural resources Sergey Donskoy complaint with the requirement to cancel results of competition.

The model of “Rosneft” was based on a higher estimate of oil prices, and the Agency has recognized the LUKOIL a winner, as one of the requirements to the participants was experience in design, construction and operation of offshore oil export terminal in the Arctic, which, according to the Agency, not Rosneft.