The Ministry of industry and trade fears that Ankara might give up their words about the inappropriateness of retaliatory sanctions, and to stop the supply of automotive components to Russia, writes “Kommersant”. 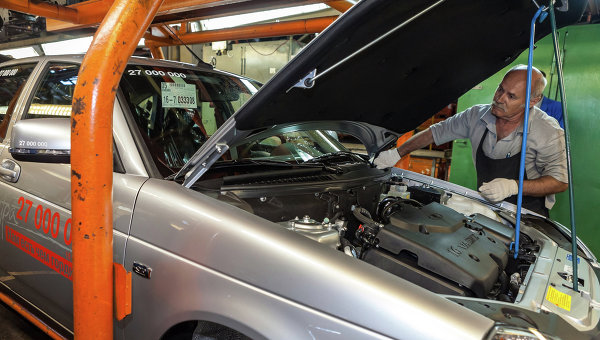 MOSCOW, 4 Dec. The Ministry of industry and trade has proposed to the Russian automakers to abandon the Turkish parts, to minimize risks from possible termination of their supply, according to “Kommersant”.

According to the publication, the Ministry asked the manufacturers of the terms in which it can be done. Turkey is one of the largest exporters of auto parts. Turkish components supplied to AVTOVAZ, KAMAZ, Renault-Nissan Alliance. And we can talk about the key nodes — for example, according to Kommersant, KAMAZ receives from Turkey cardan shafts.

However, experts doubt that the country will go on such a risky step, since in this case in a greater degree will suffer from global automakers, rather than Russia.

The newspaper writes that the most vulnerable region to Russia may be exporting grain traders have already started to lay the risks in the price of wheat. Despite the statement made on the eve of the Ministry of agriculture of the Russian Federation that Moscow has no plans to restrict grain deliveries to Turkey, and the probability of a ban by the Ankara is very low, the Ministry “is preparing to find alternative markets.”

The Turkish foreign Minister Mevlut Cavusoglu stated that Turkey is not going to apply the RF response after the introduction of its sanctions. Prime Minister Ahmet Davutoglu has urged Moscow to negotiate, recognizing that sanctions hurt both countries.

Relations of Russia and Turkey are in crisis after November 24, Turkish F-16 shot down in Syria, the Russian bomber su-24. Russia from January 1, 2016, prohibits the importation from Turkey of agricultural products, manufactured goods are exempted.