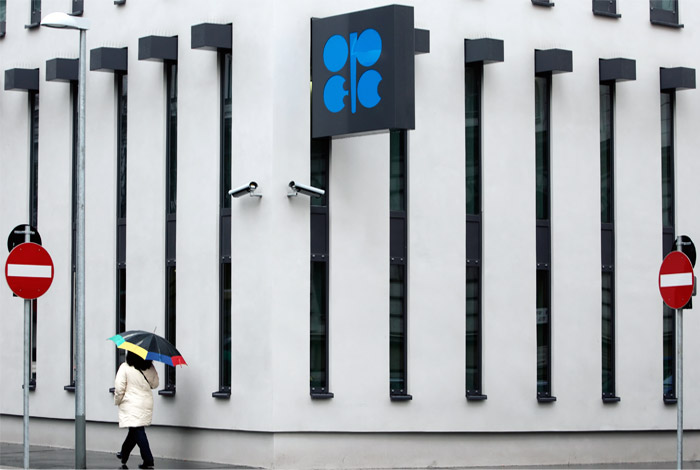 Moscow. December 3. The organization of countries-exporters of oil (OPEC) on 4 December in Vienna will hold regular 168 th meeting. The OPEC summit – as the New year for adults: you don’t believe in Santa Claus, but the ritual and the holiday atmosphere is still forced to wait for a miracle.

Despite the fact that oil prices continue to approach the level of early 2009 (below $35 per barrel) and crude oil reserves reach record levels, the market does not expect OPEC to take decisive action.

The cartel still at last year’s meeting made it clear that no longer willing to single-handedly balance the market, and intends to maintain its share in world supply. A reversal in the actions of OPEC now is not worth waiting, especially given that a sharp fall in production of other major producers – the US and Russia in 2015 has not occurred, said the head of the consulting firm IHS Daniel Yergin in an interview with CNBC.

Most likely, the position of the informal leader of the cartel – Saudi Arabia is about maintaining market share, even at the expense of prices, will again be dominant. Saudi Arabia throughout the year adhere to this policy, increased production by 500 thousand barrels a day (b/d).

At the same time as outside OPEC as well as within the cartel to hear appeals, at least to comply with the quota. The countries of the cartel actually exceed the quota for the last year and a half (in October – more than 1.3 million b/d).

“I honestly don’t expect there will be any drastic changes. For we do not see that while no prerequisites. Although, of course, it would be advisable OPEC, in my opinion, still comply with the quotas that they set. If OPEC would abide by its quota, the situation will find its equilibrium faster in the market,” said Thursday the Minister of energy Alexander Novak.

“It’s hard even just to imagine a scenario in which countries would agree to reduce oil production”, – said, in turn, head of oil markets analysis at Societe Generale SA in new York, Mike Wittner.

However, formal correction of the quota may occur in connection with the restoration of Indonesia’s membership in OPEC (producing about 800 thousand b/d).

Recent reduction of quotas of the cartel occurred in 2008, when the global economic crisis, crude oil prices fell below $40 a barrel. The current level quotas (30 million b/d) was installed in December 2011.

Faint hope for a miracle

According to the results of tomorrow’s meeting of OPEC quota changes are not expected, however, in the future, Saudi Arabia can come up with a proposal to reduce the target level of OPEC production by 1 million b/d in 2016, announced Thursday, Energy Intelligence (EI) with reference to a source in the Saudi delegation.

Saudi Arabia is considering such a possibility, if the countries outside the cartel, including Russia, Mexico, Oman and Kazakhstan, will also participate in the reduction, the report said EI.

However, for example, Russia is not ready to support a consolidated reduction in oil production if OPEC will come out with such a proposal, has repeatedly said Novak, noting the special climatic conditions of mining in Russia.

The focus of the OPEC meeting will also be the position of the cartel on Iran. Iran conducts negotiations within OPEC that other member countries of the organization reduced the volume of oil, providing Tehran the capability to return the prey to dosection level, said last summer the Minister of the country’s oil Bijan Zanganeh.

Iranian authorities have repeatedly said that the lifting of sanctions after the country is ready to increase oil production by 500 thousand b/d, and less than a year expects to increase it by 1 million b/d from the current 2.88 m b/s (data from the International energy Agency in October). According to the IEA, Iran for six months can increase oil production to 3.4 to 3.6 million b/d.

Before the sanctions, Iran has exported about 2.2 million barrels of oil per day, in October – 800 thousand b/S. And although the country will be able to increase exports before 2016, now Iran accumulated significant reserves of oil in the marine stores may have a negative impact on the world market, noted the IEA.

Wittner believes that after the sanctions are lifted, Iran will support the position of Saudi Arabia aimed at increasing the market share of low-cost middle East producers of oil and reduce production of more expensive oil, including shale, both in OPEC and outside the cartel.

The return of Iran to the market will only strengthen the resolve of Saudi Arabia to keep its production volumes in the struggle for market share, forecasts Commerzbank AG. The Kingdom does not make room for his political opponent, with whom he had disagreements in the region, particularly in Yemen and Syria, experts of the German Bank.

Iran was the second largest oil production country in OPEC prior to the introduction against him of the trade and economic sanctions the U.S. and EU in July 2012. Before the introduction of the oil embargo, the country had a quota of 4.3 million b/d under the OPEC.

The market itself will balance?

The oil sector analyst Gary Ross, reckons that next year global oil consumption will continue to grow, while production in countries outside OPEC, will be reduced. This, even with the reduction in OPEC quota at the current level, will help to restore the balance of supply and demand in the oil market.

Analysts at Citigroup expect the growth of oil prices by the end of 2016. The situation on the world market will be “much better in the second half of next year because of lower production in non-OPEC countries, stabilization of production levels in Saudi Arabia and a slowdown in production in Iraq,” – said in the review of the Bank.

Experts expect that in the first quarter, Brent crude will average $43 per barrel by the end of the year prices will rise to $60 per barrel.

However surveyed by Bloomberg world oil traders (Trafigura, Vitol, Gunvor) believe that the oversupply of oil will continue until 2017 and will put pressure on prices.