MOSCOW, December 3. The Russian military is not in command of the Armed forces of Syria, said the President’s press Secretary Dmitry Peskov. “No, this absolutely does not mean, (that the Russian military command Syrian)”, – said the representative of the Kremlin to journalists. 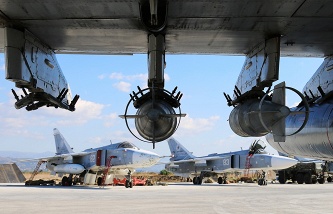 Putin: military operation in Syria is aimed at protecting the interests of Russia

Thus he commented on the words of Russian President Vladimir Putin at today’s awards ceremony of the soldiers: “what is happening is positive, it is thanks to you and your comrades who operate from the air and essentially run by the Syrian armed forces,” – said the head of state.

Peskov explained that “naturally, when fire air support offensive action, there is an active exchange of information, and in combat conditions”. According to him, “it meant” Putin.

“No, it is not the most progressive teams have in mind is the close interaction in coordination of offensive operations of the Syrian army with fire support from air”, – said Peskov.

He also rejected the assumption that the Russian military are in combat formations of Syrian units. “No, not so,” he said.