BELGRADE, December 3. /Corr. Maria Fedorova/. Suspension of works on construction of the gas pipeline “Turkish stream” after was shot down by Russian plane was expected but “citizens should not be afraid to remain without gas”. This was announced on Thursday, Prime Minister of Serbia, Aleksandar Vucic, answering questions of journalists after talks with the foreign Minister of Austria Sebastian Kurz held on the sidelines of the 22nd Council of Ministers of foreign Affairs of the OSCE (OSCE Ministerial Council). 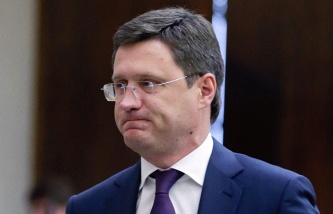 According to him, it is necessary “to find a new solution in order to protect the economy and citizens of Serbia”. Vucic recalled that his country had “been loyal” to the previous project – gazoprovoda “South stream” and still hoped that, together with partners from the European Union and the Russian Federation will be able to find a solution on the issue of gas supply.

“We are moving towards the construction of the Interconnector with Bulgaria, but in Bulgaria the gas has somewhere to flow. We will build storage billion cubic meters of gas. We have also Tebee (locality in Serbia) to do the same to cover the two years of Serbian needs (in Gaza). The situation is difficult for us, not our fault, and we will do everything we can,” said Vucic. He called on Serbian citizens not to be afraid, but once again stressed that the need to find new solutions.