SEVASTOPOL, December 3. /Corr. Janina Vaskovsky/. Sevastopol authorities appealed to the Prosecutor with a request to qualify the actions of the mobile operator “K-Telecom”, which is not bought generators for their stations on the territory of the city. This decision was taken at a meeting of the Commission on prevention and liquidation of emergency situations. 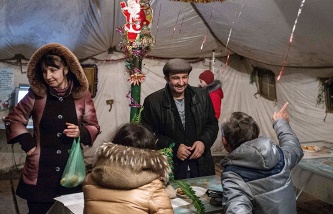 As Crimea comes out from the twilight

Ministry of energy: the flow of power to Crimea on the new energy bridge was 127 MW

“A commercial organization had to provide its activities in advance. Ask the Prosecutor to check whether their activity is under the negligence, whether there is a corpus delicti in the conduct of the Director of the organization”, – said the Chairman of the Commission Alexey Eremeev.

“We need the generators at station 61. They their were 15, now they’ve delivered another 10. I set the task for three days to release our generators not to the detriment of the quality of communication,” he said.

Yeremeev believes that the mobile operator has ignored the demands of the government to release the generators. “I would like to inform that they are buying petrol generators, but set them on the territory of the Republic of Crimea, and we don’t plan to replace anything. This demonstrates the real attitude of the commercial organization to the situation,” said Eremeev.

“K-Telecom” is the only operator providing mobile communication services on the territory of Crimea.