The campaign is aimed at promoting training in information technology and increasing interest in practice for the IT industry. To participate in the “Hour of code” can anyone, who is interested in IT-sphere. 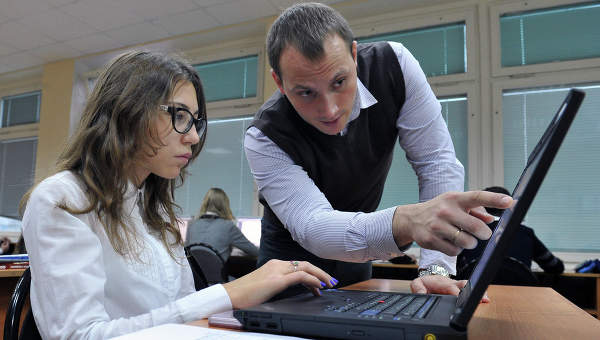 MOSCOW, 4 Dec. Educational campaign in the field of IT “Hour of code” kicks off in Moscow on Friday and will continue until 13 December, the press service of the Ministry of education and science.

As explained in the office, the campaign is aimed at promoting training in information technology and increasing interest of students in practice to IT. During the week all the schools of Russia recommended to conduct special science lessons during which the children will learn the basics of programming. In the classroom in the process of solving online tasks, the students try to write their first code. In addition, participants will be introduced to the lectures of successful Russian it-entrepreneurs.

According to the Ministry, in 2014 the event was attended by over seven million students from 35 thousand Russian schools.

To participate in the “Hour of code” can not only pupils, but also everyone who is interested in IT-sphere. You must register on the website and perform a series of interactive exercises in computer programming.

Follow the campaign on social networks by the hashtag #Cascada.