Gas consumption in Greece fell due to the economic crisis. The take-or-pay Greece had to pay about 100 million euros of penalties for unselected contractual volume of gas. 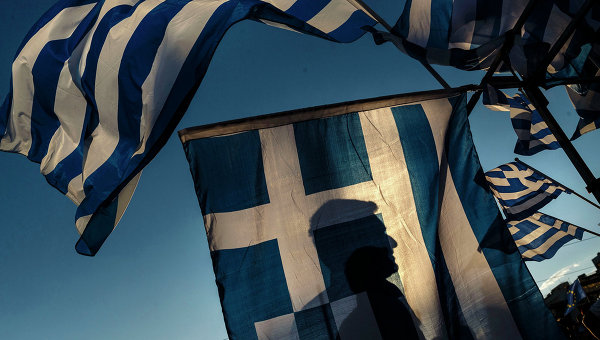 ATHENS, 3 Dec. Gennady Melnik. The Minister of environment and energy of Greece Panos Skourletis during his visit to Moscow held talks on energy issues with the head of the Russian Ministry of energy Alexander Novak and other officials of the Russian government, but also with the heads of Gazprom and VEB Capital, said the Ministry of energy in Greece.

“The positive outcome of the negotiations in the Russian capital was that, in connection with the latest development of the event, the role of Greece in the energy sector is growing”, — said the Ministry.

Energy Ministers at the talks discussed the main issues related to new European gas pipeline and supply to Greece of natural gas from Russia.

“It was recognized that the draft of the new European gas pipeline is of strategic importance for both sides, however, have been confirmed and the difficulties for its development. However, there is a common belief in the need to preserve the future”, — reported in the Ministry of energy.

On the gas talks, discussions focused on ensuring competitive prices for Greece.

“In addition, we discussed the cancellation or at least a sharp decrease in the amount due to the company “Gazprom export” in accordance with the clause of “take or pay” in 2014, as well as the reduction of the annual contract volume in 2015 and 2016, with a corresponding change in the contractual volumes to the 2017-2026 decade. These measures in connection with the current economic situation in Greece may be useful for both parties”, — consider in the Ministry of energy.

Negotiations on energy issues will continue in the joint Commission, established recently.

In recent years, gas consumption in Greece fell due to the economic crisis. Last year the price of Russian gas to Greece has been reduced by 15%, were also reduced contractual supply volumes, however, Greece is still not able to choose them because of the crisis and decline of production. In this regard, to take-or-pay Greece had to pay about 100 million euros of penalties for unselected contractual volume of gas.

On the negotiations of delegations stated that in the cross year of Russia and Greece in 2016, it is expected, will be an important event that demonstrates the friendship between the two peoples.

At the conclusion of the negotiations, the Russian energy Minister was invited Greek counterpart to take part in St. Petersburg international economic forum on 16-18 June 2016.