MOSCOW, December 3. Russia has increased export of oil to China in 11 months of 2015 by 15% to more than 24 million tons, is spoken in the message of the Ministry of energy of the Russian Federation. 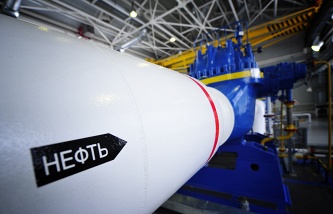 “For 11 months of 2015 growth of supplies of this raw material in China was 15% compared with the same period of 2014, from January to November of the current year from Russia to China exported over 24 million tonnes of oil,” – said Novak.

The head of the RF Ministry of energy also noted that currently there is an active dialogue about cooperation with CNPC PJSC “Gazprom”, OJSC “NOVATEK” and JSC “NK “Rosneft”.

On the eve of the anniversary of the twentieth regular meeting of the heads of governments of Russia and China the parties discussed the prospects of cooperation between Russian and Chinese companies in the oil and gas sector, added in the Ministry of energy of the Russian Federation.