During his speech to the Federal Assembly, Vladimir Putin asked the state Duma to support the idea of the Supreme court to decriminalize articles on economic crimes. 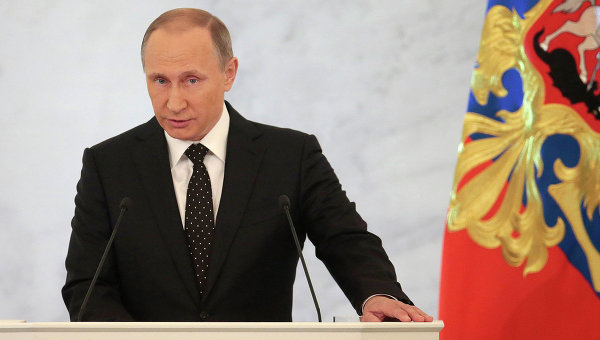 MOSCOW, 3 Dec. The President of Russia Vladimir Putin gave a positive signal to businesses, saying that in the investigation of economic cases of arrest should be used as a last resort, said business Ombudsman Boris Titov.

Speaking on Thursday with the message to the Federal Assembly, Putin noted that during the investigation of economic crimes “detention should be used as a last resort, and to apply bail, house arrest, home arrest”.

“This is a very important and positive signal to businesses. We have been raising this issue. The President gave a very sad statistic that 83% of respondents, against whom criminal cases are brought, lose their business. I will add that of those who end up in jail, retain their business unit. Therefore, the less entrepreneurs will be housed in isolators, the better for the economy”, — said Titov.

In his words, it is critical that this message also heard the investigating authorities, prosecutors, judges. “It is from a specific enforcement depends on the implementation of the message of the President,” he said. According to Titov, to help in this situation could be clarified by the Supreme court on the definition of “entrepreneurial activity”. Business Ombudsman recalled that in the code there is article 108, which denies right to conclude the accused into custody for economic crimes. However, it is often “cost”, as many entrepreneurs still accused under article 159 of the criminal code “Fraud”.

The President also proposed to consider reducing the jury from 12 to five to seven and to expand the range of cases they examine. “We have long advocated that to afford the defendants the right to jury trial for economic crimes. This would enhance the objectivity of their review, would avoid many miscarriages of justice. Yes, a complex economic case, but they could form a jury of people with higher economic and legal education”, — said Titov.