Turkish businessmen stressed that their request to convene a conference speaks about the desire to liberate the Russian-Turkish economic relations from the reckless decisions of the President Erdogan, the head of the Russian-Lebanese business Council. 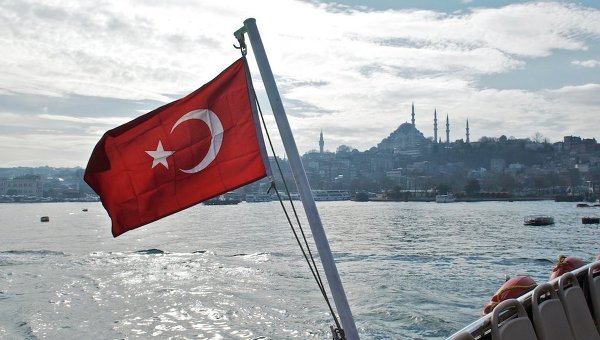 BEIRUT, 5 Dec. The private sector of the Turkish economy is greatly concerned about the policies of President Recep Tayyip Erdogan, Turkish businessmen asked the head of the Russian-Lebanese business Council Jacques Sarraf to convene in Lebanon joint forum with Russian colleagues, Sarraf said in an interview with Sputnik.

Relations of Russia and Turkey are in crisis after November 24, Turkish F-16 shot down in Syria, the Russian bomber su-24. The Russian President Vladimir Putin called it a “stab in the back from supporters of terrorists”. The head of state signed a decree on measures to ensure national security and on the special economic measures against Turkey, as the government on Tuesday promulgated a regulation in furtherance of this decree.

“Lebanon was visited by the Turkish delegation and businessmen told me that they are afraid of Erdogan’s ambitions. Because of my personal relations with Russian businessmen, they have asked me to convene a Russian-Turkish conference in Lebanon,” said Sarraf Agency.

According to him, Turkish businessmen stressed that the request has economic motives and says the desire to “liberate the Russian-Turkish economic relations from reckless political decisions of President Erdogan”.

“Most of all from what is happening with Turkey, the private sector loses, and this happens because of the actions of Erdogan’s politics, security and the military sphere,” said Sarraf.