SIMFEROPOL, December 5. Enterprises of the Crimea will be able to start work in full capacity early next year. This was announced by the Minister of industry of the Crimea Andrey Skrynnik at the meeting chaired by Deputy Prime Minister Dmitry Rogozin.

“I am confident that in the next week, we will be able to handle most of the schedule, which from January 1 can begin to implement. The teams finished 2nd already to go to work and to work in full”, – he said.

Before starting the second leg of the power bridge from Krasnodar region to Crimea, which is scheduled for December 15-20, businesses on the Peninsula will be working mostly at night.

“We intend to work so that on the basis of the received electric power, to build schedules so as to reduce to a minimum the possible losses, which is today. Sympathetic groups, if we will work in the third shift, at night, given that the first stage of the power bridge was launched, and in the near future we expect to connect the second stage of the power bridge,” he said. 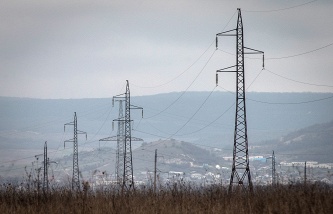 Rogozin: it is necessary to find the solutions how to compensate for the damage of the Crimea from the sabotage of power lines

Rogozin urged the meeting to find a way to organize the work of enterprises of the military-industrial complex of Crimea in three shifts. He also said that the defense enterprises of the Crimea after power is restored, it is necessary to provide additional orders, as they felt the prospect.

“I propose to discuss how we can build enterprises, so that they could use the electricity at the time of peak loads, he said. – Let’s discuss whether there is a possibility of recovery of enterprises at least in the framework of the third shift, when we have these loads on the wires of the Crimea and Sevastopol to be out”.

The first line of the power bridge, which should make the Crimea independent of supplies from Ukraine, was launched on the evening of 2 December with the participation of Russian President Vladimir Putin. She gave the first region is 100 MW in the near future the capacity will increase to not less than 100 MW. This will cover slightly less than one quarter needs. In General, the generation will grow up on the Peninsula to 700 MW – with the launch of the boiler is slightly more than half of the required.
On November 22 due to the accident at the power lines in the Kherson region were fully discontinued the supply of electricity from Ukraine in Crimea. In the Republic introduced a state of emergency associated with the deficit. To save on the Peninsula began to use rolling blackouts of consumers.