LONDON, 5 December. International rating Agency Moody’s changed the Outlook on the ratings 2 4 Russian cities and regions to “stable” from “negative”. It is stated in the materials of rating Agency.

Has been improved the forecast on ratings of Moscow, St. Petersburg, Bashkortostan, Tatarstan, Khanty-Mansi Autonomous district and Moscow region. 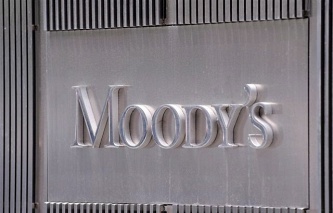 In addition, from “negative” to “stable” has been changed the Outlook on the ratings of sue “Vodokanal of St. Petersburg”, LLC “Vodokanal of Finance” and OJSC “Western high-Speed Diameter”.

At the same time the Agency affirmed the ratings of these cities, regions and state-owned enterprises.

On Thursday, 3 December, Moody’s changed the Outlook on government bonds from “negative” to “stable” in connection with the stabilization of external Finance. In addition, the change in Outlook was influenced by such factors as the decreased likelihood of intense “shock”, for example, from additional international sanctions that can be faced in Economics and Finance in the next 12-18 months.

“All those negative predictions on the basis of which Moody’s took the decision to reduce (sovereign) rating are not met. This was done thanks to fiscal policy. We had to cancel a number of expenditure obligations, we had to reduce the indexation rate for certain items, including social significant articles”, – commented on the actions of the rating Agency, Finance Minister Anton Siluanov, speaking on the eve on air of TV channel “Russia 24”. He stressed that this was a stable situation in the financial market, “and subsequently it will enable greater indexation of pensions”.

Earlier International rating Agency Moody’s changed the Outlook on the Issuer default ratings of 18 Russian companies to “stable” from “negative”.