Almost all the factories of the defence industry in the Crimea stopped production activities, said Deputy Prime Minister Dmitry Rogozin. He stated that this is a serious disruption of work. 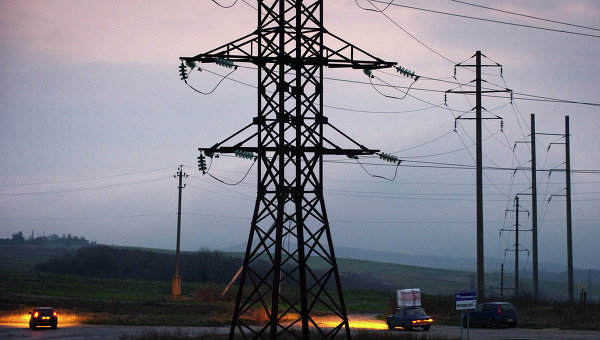 SIMFEROPOL, 5 Dec. Deputy Prime Minister Dmitry Rogozin has instructed urgently to rectify the situation with a stop of factories of the military-industrial complex because of the shortage of electricity in the Crimea.

“When I flew to Simferopol, I got acquainted with a number of materials that have been prepared by the office of the Board of the military-industrial Russian enterprises. I won’t name specific figures, although almost everywhere, in front of each line where it comes to the particular enterprise or plant, says that the production activity of the enterprise is stopped, the damage is so-and-so or on schedule power works only management and engineering staff, the production activity was stopped”, — Rogozin said at a meeting in Simferopol.

“This is a serious disruption of the entire production technology of our work, it is urgent to correct the situation”, — he noted.

The power system of the Crimea more than a week worked in sandbox mode, after the night of November 22, as a result of blasting two transmission poles in the South of Ukraine completely stopped the supply of electricity to the Peninsula. In Crimea and Sevastopol were introduced a state of emergency, schedules of emergency outages.

Ten days later the President of Russia Vladimir Putin arrived in Crimea and has launched the first phase of the power bridge from the Krasnodar region through the Kerch Strait, which gave the Peninsula a further 230 MW, until December 20, is expected to be 230 megawatts, which will significantly reduce power shortages. The second phase will increase the power flow to 800-840 MW — its completion is planned until the summer of 2016.